This month marks Javelina’s seventh birthday and the two-year anniversary of me becoming CEO of the company I co-founded.

In that time, we have been blessed to develop and tell the story of our clients, who are changing the world every single day. From advocating for fair to launching a professional development program specifically for women, we get to work with the people who are shaping tomorrow’s world.

Along the way, talented people have joined and left the Javelina herd. We’ve launched a podcast, moved offices, started a book club, and taken lots of personality quizzes. We figured out that what we do is engineer change, and are learning more about what that means every day.

Marry all that with the fact that January is the month of aspirations and resolutions, and it makes for a very reflective time. What have we learned? Where are we headed?

Happy birthday to us

In first sitting down to write this blog post, I was so overwhelmed by the potential answers to those questions that the page remained blank for weeks. In an attempt to cure writer’s block, I re-read the blogs I’ve written along the CEO journey.

It bought it all rushing back. The panic I felt when I first became CEO and how one team member’s question gave me the direction I needed.

In reflecting on my first year as CEO, I wrote:

“I read an article over the holiday break about naming the year you just had. It prompted me to say out loud: “2017 was the year of…..learning.” The word came to me instantly. If there is ONE thing I did last year, it things. I learned more in my first year running a company than perhaps I have in all my other professional years combined… If 2017 was the year of learning, what will 2018 be? The year of growth maybe, or the year of partnership? I’ll keep you posted.”

Reading that last paragraph prompted the obvious question. What was 2018 the year of? Again, the word came to me instantly. Discomfort.

As a team, a community and society, we experienced a lot of change in 2018, and a lot of it felt negative. A presidency mired in controversy and sensational headlines; terrifying climate trends; mass violence; Kanye West’s opinions.

In such critical times, it’s really easy to lose hope. To feel helpless, and that any action is futile. How are we going to change the world when the problems are so overwhelming?

When boiling down seven years of running a business into one single lesson for entrepreneurs and , it is this: Often, good comes from bad.

Discomfort can lead to many amazing things. And this is the one thing – at your darkest, lowest moments – that you must always remember.

Think about the best thing in your life right now. Trace back to where it came from. Follow the events that allowed that thing to occur, all the way back to the origin seed. It is likely that somewhere along that path, bad things happened. That you felt bad, mad or frustrated somewhere along the way, completely unaware of where all of this would lead in the end.

Maybe you have the job you love now because you got fired from a position you hated. Or you met the love of your life after ending a relationship with someone who was wrong for you. Some of my best, most treasured friendships exist because we weathered something challenging together.

I’m not saying bad isn’t bad. I’m not arguing that the decisions our President makes aren’t destroying lives. I admit that bad, regrettable things will happen and you can’t put a positive spin on everything. But as Barack Obama said the day after the 2016 election, progress is not a straight line. Too, the Year of the Woman, and the avalanche of non-traditional candidates running for office were all in part prompted by Trump’s election. Good comes from bad.

The fuel for change

If I think about all the good things at Javelina today, many of them originated from something that was bad or painful at first.

The truth is that the day-to-day experience of building a company can feel like wading through mud. It’s one step forward, five steps back. It’s obsessing over tiny details and struggling to connect them to the bigger picture. One moment, I feel like we’re making incredible headway and the next it all feels doomed.

But when I pause and look back at the last seven years, I can see the progress – and all the twists and turns suddenly make sense. I can see that every single success we have had originates with some kind of failure. Sometimes really painful failure.

So, as we take a moment to celebrate Seven and all that it means, my one most important takeaway is this:

Do what you need to do to handle it the moment.

Always remember: this is a seed that will grow into something good. 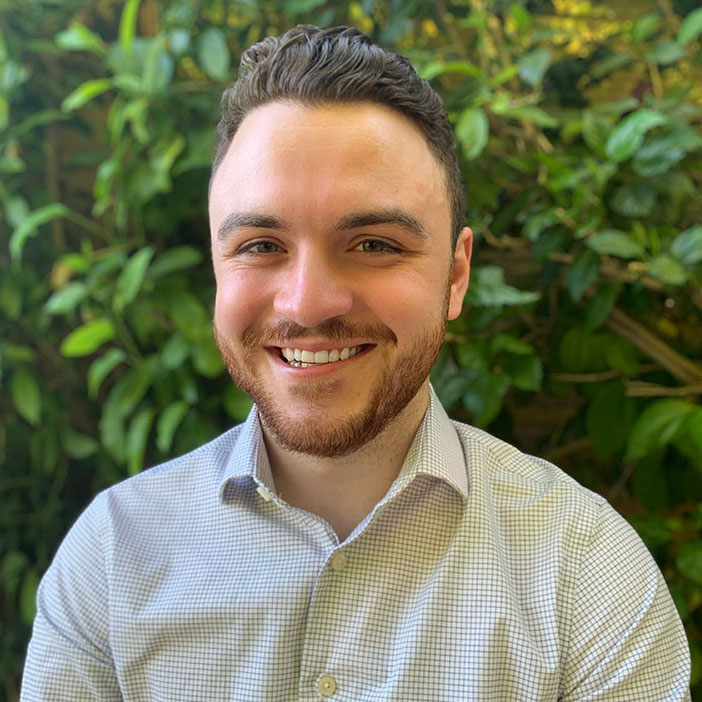 Have you ever heard someone say, "well, it's not r

For business, nonprofits, and political campaigns,

You CAN build a powerful brand, even in today's ch

How you communicate with your teams, clients, cust

So... you’re running for office during a worldwi